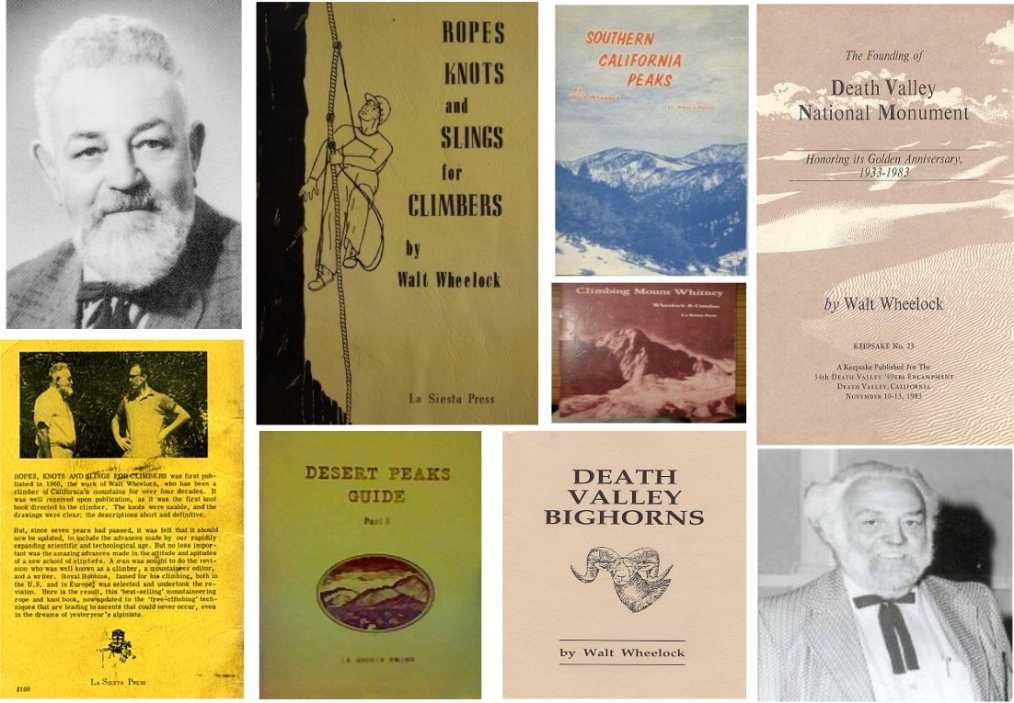 Walt Wheelock  (1909-1997) La Siesta Press
The man wrote and published many books but as for his life story not much is provided. My desert library started with books from Walt as they were pretty cheap at the time and I still have them after a few decades.
Would like to have others that have any knowledge of his life to please email us  desertmagazine@hotmail.com
Some of the books that were written (or co-written) include:
Angels Flight: A California Heritage
Baja California Map & Guidebook
Baja Road Log
Byroads of Baja
Beaches of Baja
Beaches of Sonora
Byroads of Baja
California Mission Restoration
Climbing Mount Whitney Close
Ups of the High Sierra
Death Valley Bighorns
Desert Peaks Guide, Part I
Desert Peaks Guide, Part II
Ferries of the South
Founding of Death Valley
National Monument
Gentlewomen Adventurers in Death Valley
Mohave Desert OHV
Trails Mines of the East Fork and Mines of the San Gabriels
Mineral King Guide
Ropes, Knots and Slings for Climbers
Sonora Road Log
Southern California Peaks
Walker’s R.R. Route 1853
After his passing his titles were acquired\sold to: Borden, Robins and Spotted Dog