THE BIRTH OF DESERT MAGAZINE

THE BIRTH OF DESERT MAGAZINE 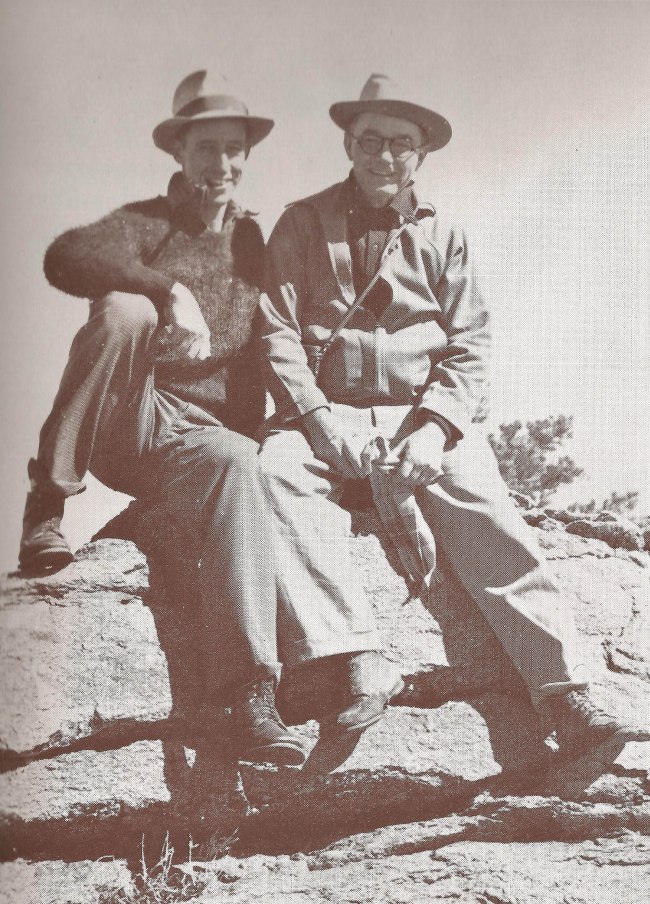 Much credit is given to Randall Henderson as the father of Desert Magazine but equal share of the concept should go to J. Wilson McKenney. Both were editors  of independent print rags and on June 8,, 1936 while sitting on top of peak  Santa Rosa Mountain they decided to team up and launch Desert Magazine.

A family man needs to put food on the table,  J. Wilson Mckenney would pull out of the operation a few years later as the publication was in the red. He would continue on in his own publishing ventures.

Desert Magazine would not see a profit for quite a while, though they were able to keep afloat as they were running a print press (Desert Press) on the side.

Palm Desert was the creation of the Henderson brothers and would be home to Desert Magazine. The Building that housed Desert magazine still exist but instead of smelling ink, one smells steak as it became a restaurant , which closed a few years ago.

J. Wilson McKenney wrote a book Desert Editor (1972) as a biography to Randall. Page 68 of chapter 5 he states “The first press-run of Desert Magazine (1937)  was 7,000; twenty-one years later Henderson’s last order was for 32,000 copies. Pepper’s circulation now tops 50,000. With this growth, it is probable that Desert Magazine will survive and prosper into the distant future. But it won’t be Randall Henderson kind of Desert- and that’s the way it should be”.

In 1958 Randall would sell the whole operation to Charles E. Shelton, 5 years later it would be sold again to Jack and Choral Pepper. Desert Magazine would see a few more owners till it was put into bankruptcy by D. W. Grantham in 1985.

Randall can also be credited as one of the founders of the Desert Protective Council. In 1954 he served as President and Executive Director during its earlier years.